Bottarga {What Is Bottarga & How To Use It}

Home » Italian Foods » Bottarga {What Is Bottarga & How To Use It}

What Is Bottarga And How It’s Made

Roe sacks are extracted carefully and cleaned thoroughly under the cold running water from the excessive blood.

After that it is massaged with the hands using fine grained salt. You have to be delicate enough not to damage the membrane but firm enough to remove all air pockets.

Before fish roe is pressed or places for drying salt should be removed. Depending on the method, it usually takes a few weeks for bottarga to be completely dry and ready to use. It looses about 40% of its original weight after curing.

After that bottarga sacks are either vacuum-packed or sealed in beeswax.

As an alternative it’s grated and sold in 2-3 oz sealed glass jars.

Bottarga Type And Their Flavors

The world most famous grey mullet bottarga is made in the area of peninsula Sinis in Sardinia (Italy). Lagoon and pond of Cabras in particular. This is where combination of fresh water and perfect climate create the most ideal habitat for grey mullets and hence for fish roe production.

Bottarga from Cabras is considered of the most expensive but also top quality dry mullet roes in the world. Due to its high cost and beautiful amber to golden color it’s often called “Sardinia’s Gold”.

The best period for mullet bottarga production is September. It’s when fish has reached its perfect size and nutritional qualities. It would then take another 3 months circa before you can taste dried mullet roe.

The word bottarga is derived  from Arabic word “battarikh” which literally means dried salted roe sacs. As a result, you’ll also find version where it’s written with letter “i” –  bottariga.

But since Sardinia is also a famous place for tuna fishing, you’ll find blue-fin tuna bottarga (bottarga di tonno) in abundance as well. You might have already heard of tuna fish from Carloforte, and that’s where main tuna farms are located.

Typical period for fishing and making tuna bottarga is from June til September.

It takes a bit longer to make this kind of bottarga as it has to go through more salt-purification process to remove all the blood. As a result it’s also much saltier and has a natural robust flavor. That’s why it’s important to balance it well in the recipes.

Even though bottarga has originated in and is typical to Italy, it’s widely spread in other Mediterranean places like Spain, Greece and Turkey.

In the recent years to traditional mullet roe and blue-fin tuna roe you can also find trout and swordfish bottarga quite frequently. The process of making all kinds of bottarga still remains the same.

Bottarga, is often called gold of the Mediterranean or a truffle of the sea.

Both for its qualities and price. But don’t let the price scare you away.

Investing in super food like bottarga packed with zinc, omega-3, vitamins A and D, protein and calcium it will be totally worth it.

Because of its ancient origins, when salt-curing method was used to preserve food this delicacy is also very well preserved even when opened from the original packaging.


Where To Buy Bottarga

Due to its rich briny flavor you’ll only need a few slices or a few pinches to give an incredible aroma and taste to completely transform your plate.

Pasta with bottarga in Italy is offered in high class restaurants at about 20 euros per plate(!). All because of the exclusiveness and value of bottarga.

Yes, it is not cheap, but it’s definitely not the price of saffron, caviar or truffles.

You might be able to find bottarga at local Italin Deli. But if know Sardinian Shop in your area (or can search for one) they most certainly will have one.

And like for most things these days, Amazon will probably be your most sure bet.

You can get whole piece of grey mullet bottarga online for about $7 – $8 per ounce + free shipping. Two ounces are usually enough for an appetizer for 8 people.

Grated grey mullet bottarga is about $15 for a 40 grams jar and again, that should be enough for 8-10 servings.

When you have such a luxury and flavorful ingredient like bottarga recipes don’t need to be complicated. Here’s how you can use it.

In fact, in Sardinia (where my husband is from)  one of the most beloved ways to use bottarga is in simple spaghetti.

I tried bottarga the first time in a recipe from my mother in law Spaghetti Alla Bottarga. Simple and truly delicious.

Another my personal favorite is Lemon Capellini with Bottarga & Toasted Breadcrumbs.

Thin capellini or angel hair pasta coated in simple sauce that just first with flavors. All it takes it 10 min time MAX to make the whole thing.

You can add bottarga to other types of pasta as well. Especially if other ingredients don’t have quite as distinct flavor, bottarga will give them that needed punch.

Mullet bottarga is often grated or crumbled on top of other seafood pasta or risotto like Spaghetti with Clams, Spaghetti with Mussels or Seafood Risotto.

If you happen to get a whole piece of bottarga make sure to try it in this ridiculously simple appetizer!

Slice bottarga thinly, add a pinch of peperoncino (chili flakes) and top it with extra virgin olive it. Let rest for a few hours or more and serve it on top of a piece of bread.

Voila! Bruschetta with Bottarga is ready in a snap of a finger. You can preserve bottaga prepared this way in the fridge for quite a long time. Obviously if it lasts 😉

If you happen to get quite a large piece of tuna bottarga that might be suitable for carpaccio definitely try making one.

Grated or crumbled bottarga is a great condiment over steamed vegetables like broccoli or cauliflower. And even over raw veggies like artichokes! Might seem quite a weird combo but it’s amazing how it tastes.

By the way if you don’t have grated bottarga you can easily make it from the whole piece using a simple microplane grater/zester. One of my favorite kitchen tools 😊


Now, I’m going to grab a fresh piece of bread and top it with some extra virgin olive oil and bottarga slices. Yum!

Have you ever tried bottarga? If so, how did you like it?

Would love to hear from you in the comments below. 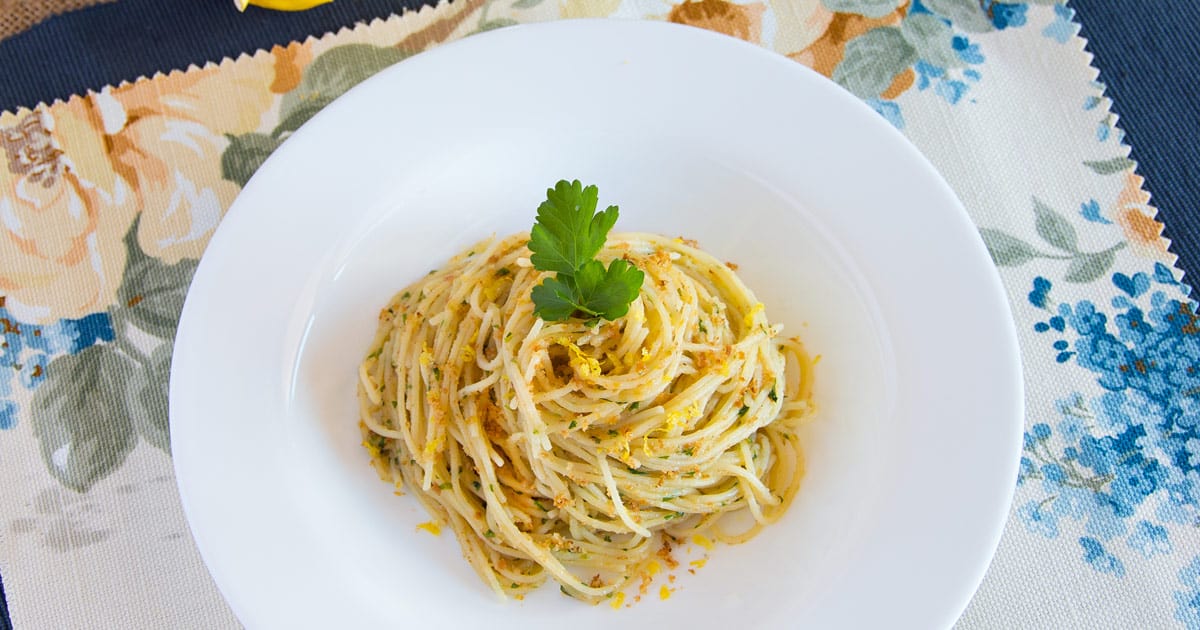 Try our premium quality bottarga. Free shipping in the USA and Canada. Order at: http://bottarga.net

[…] But before we start, I’m sure you already have a few questions. So let’s start from discovering what bottarga actually is. […] 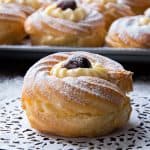 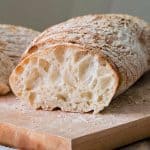