Think you can’t whip up a delicious pasta plate in 14 minutes flat? These casarecce with smoked pancetta and pistachios prove just the opposite!

As always, we’re preparing the sauce while boiling pasta.

Smoked pancetta and pistachios load it with flavor.

Diced shallot and fresh ground pepper add a light bite to the plate.

Light cream sauce and of course, Parmesan cheese smooth everything out to a perfect balance. 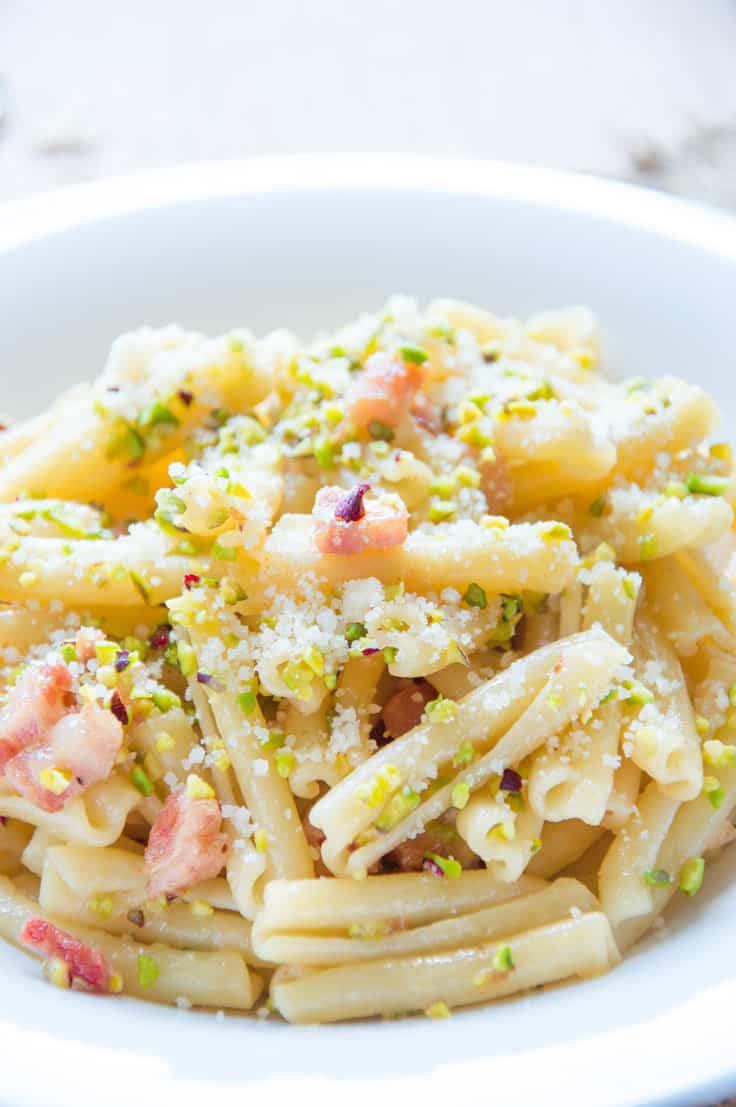 Now, I probably don’t need to tell you that you can use a different kind of short pasta. Like in most pasta recipes.

And in this case, it’ll pair great with spaghetti as well.

And since we’re talking about substitution, here are two examples, where using a different kind of pasta will just ruin the plate. Well, not that it’ll taste awful, it’ll just not be the same.

In the meantime, casarecce.

Traditionally, this type of pasta comes from Sicily and back in time it was certainly homemade.

Now, you can get them at the grocery store or just order on Amazon.

Approx ⅔ inch thick and 5 inch long it’s twisted and rolled upon itself.

They are perfect to hold any type of sauce and are ready ‘al dente’ in just 10 minutes.

So here we are, adding extra 4 minutes to boil the water and give a final toss of pasta in a pan.

Delicious casarecce with pancetta and pistachios ready on the table in just 14 minutes.

Skip heavy cream to cut on the calories. It'll still come out delicious!
Liked this recipe?Follow @italianrecipeb for more! 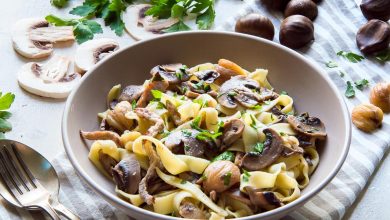 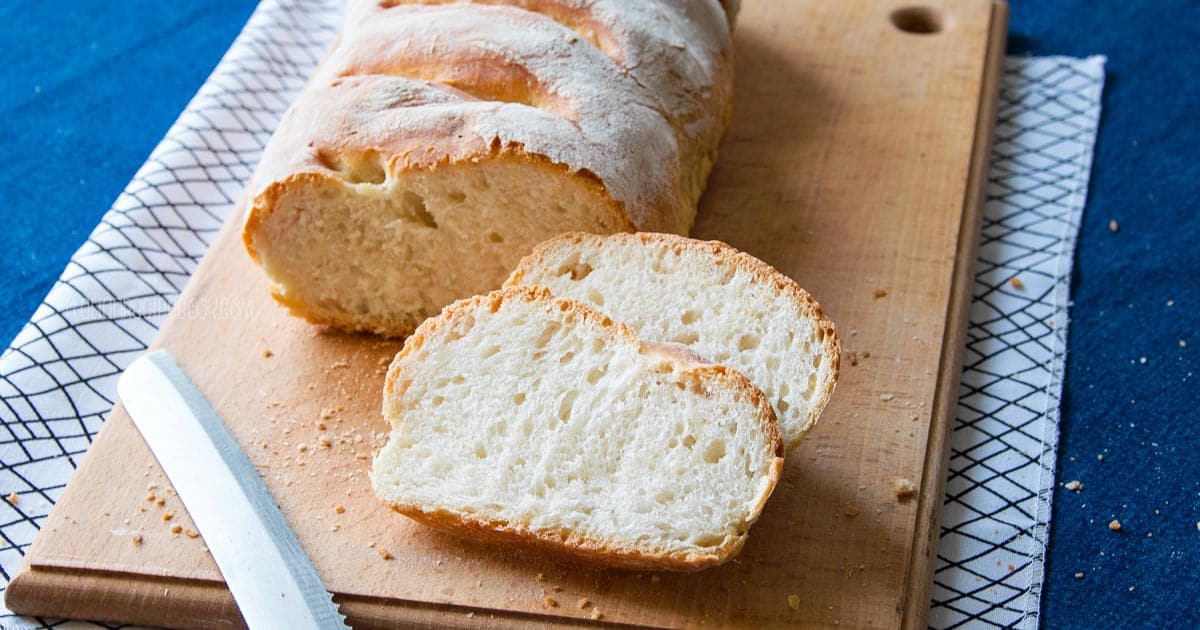 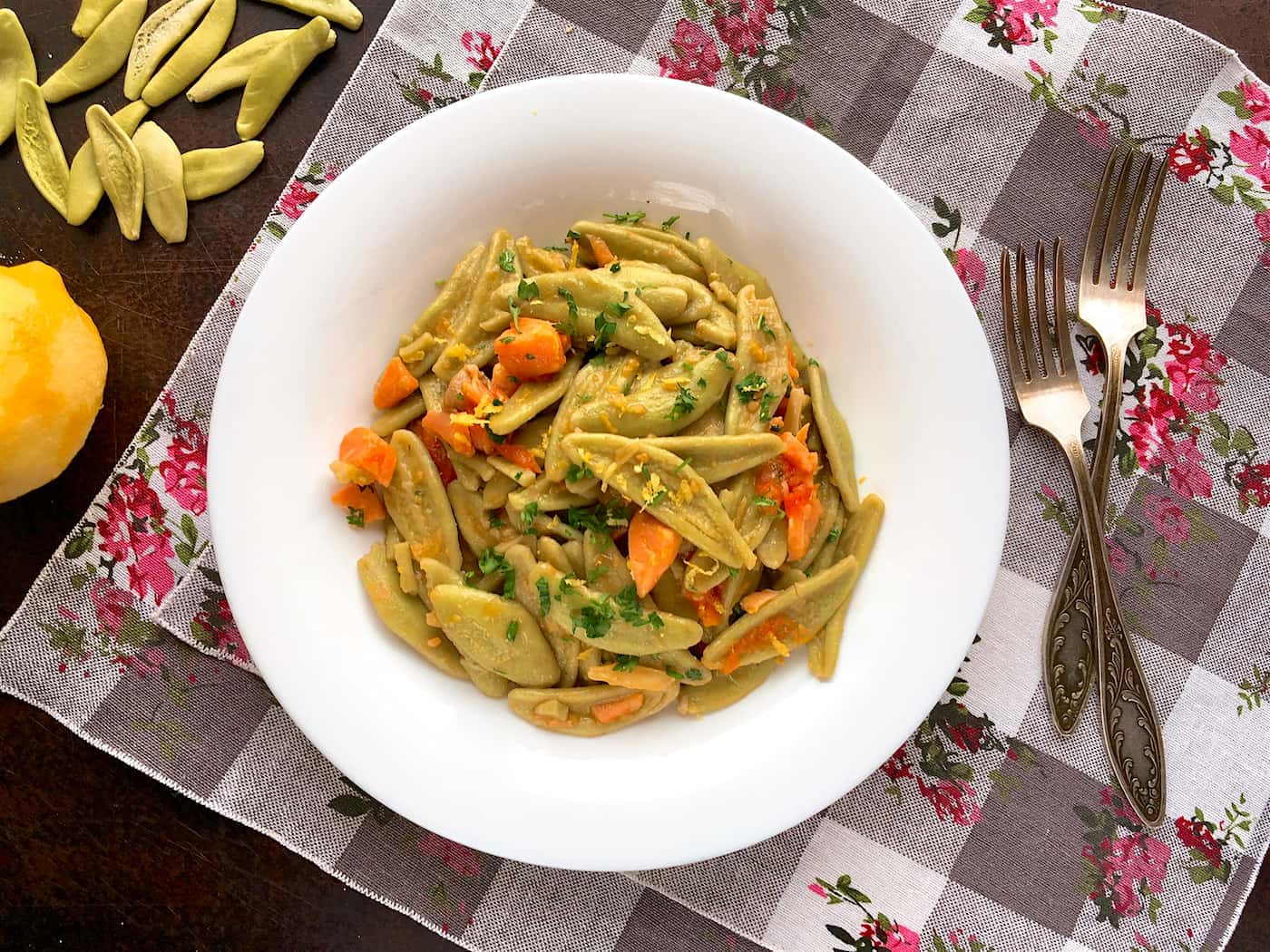 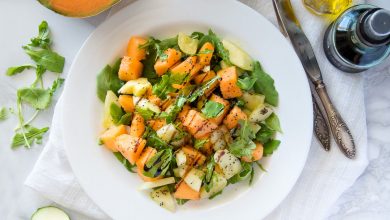 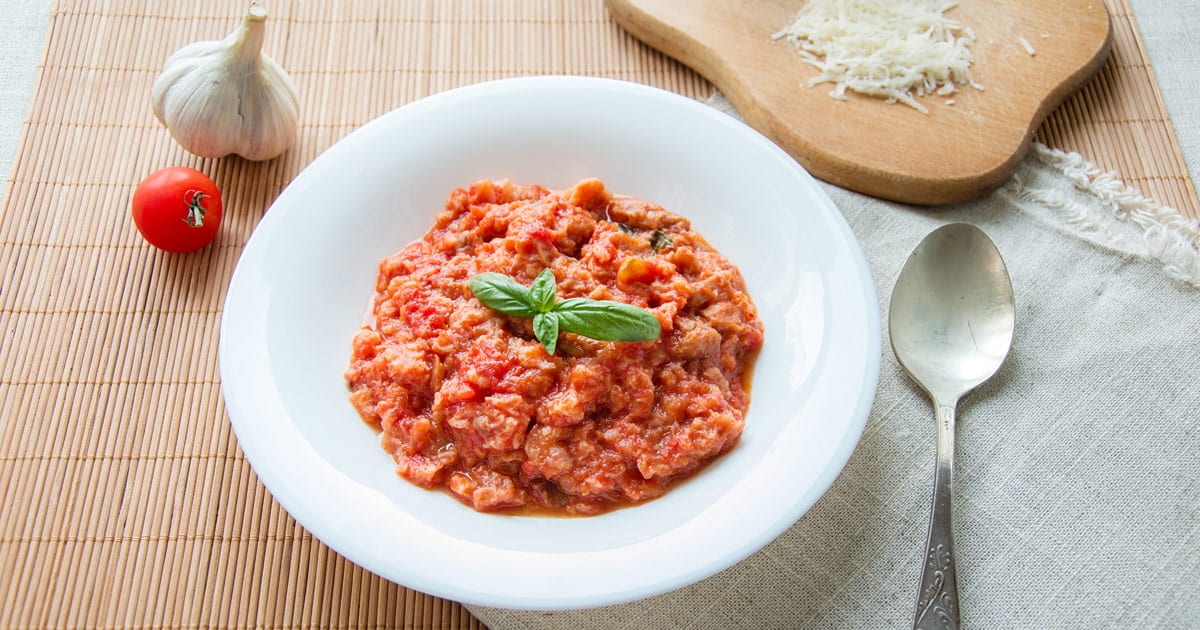 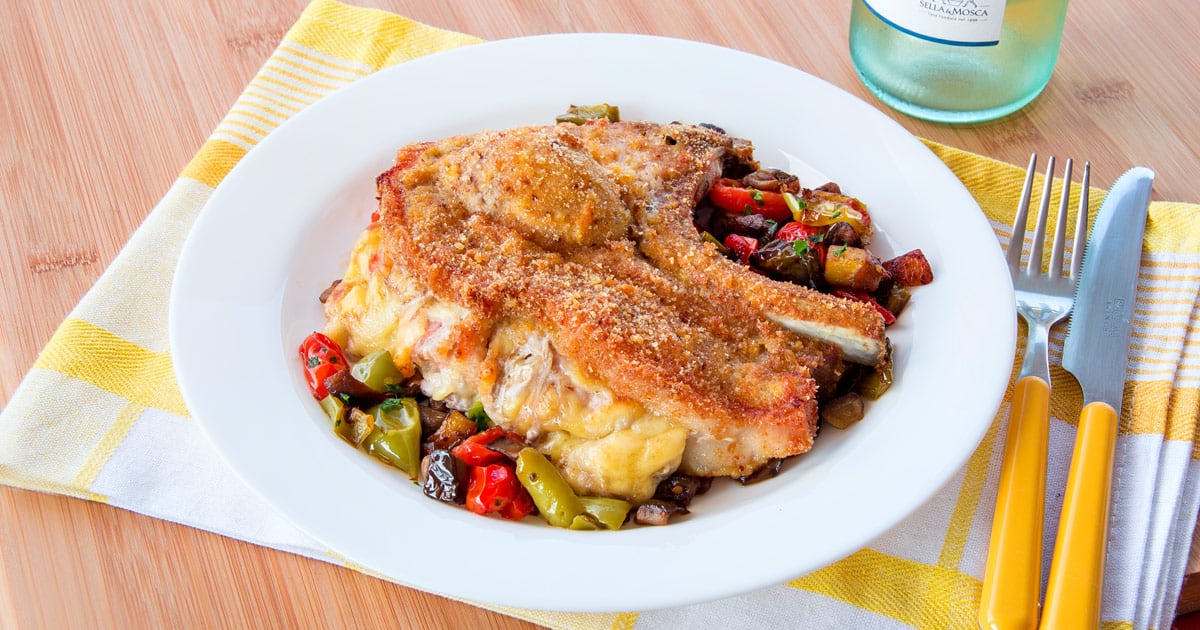 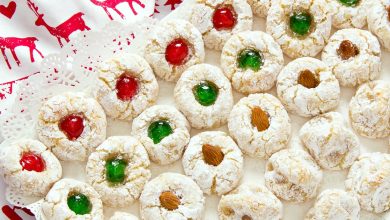 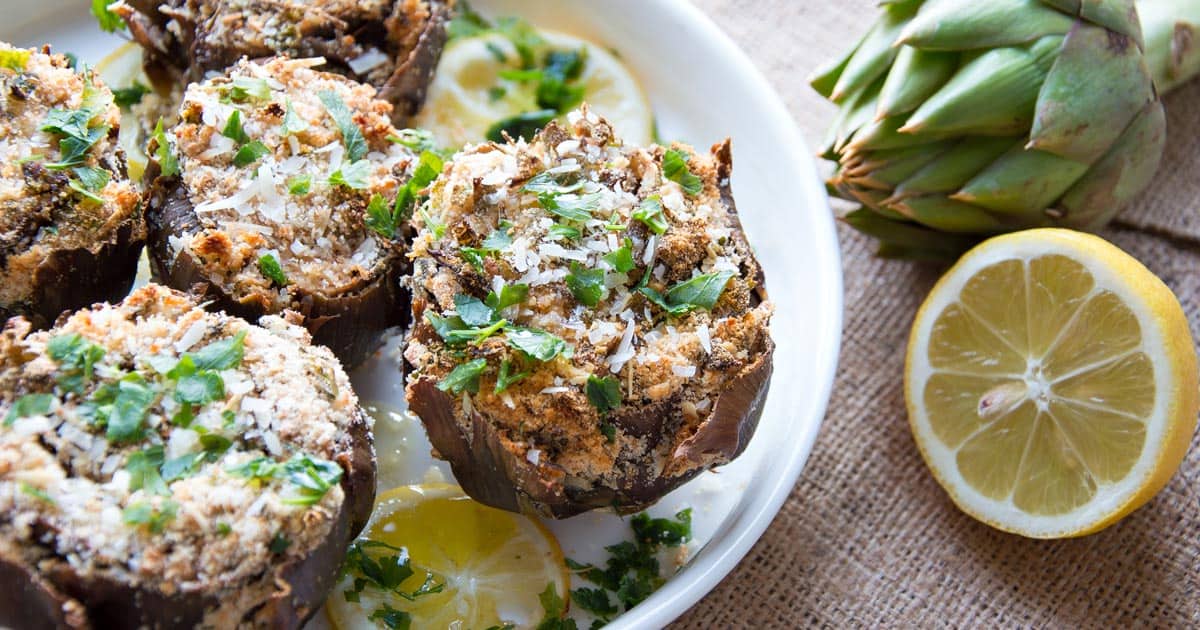 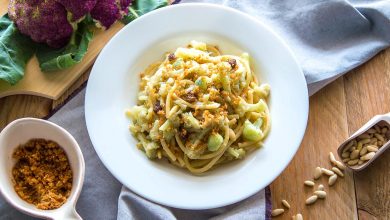 Eggplant Steaks – Creamy Inside, Crispy Outside